Hypothermia - Signs, Treatments And Reasons Not To Worry

Hypothermia - Signs, Treatments And Reasons Not To Worry 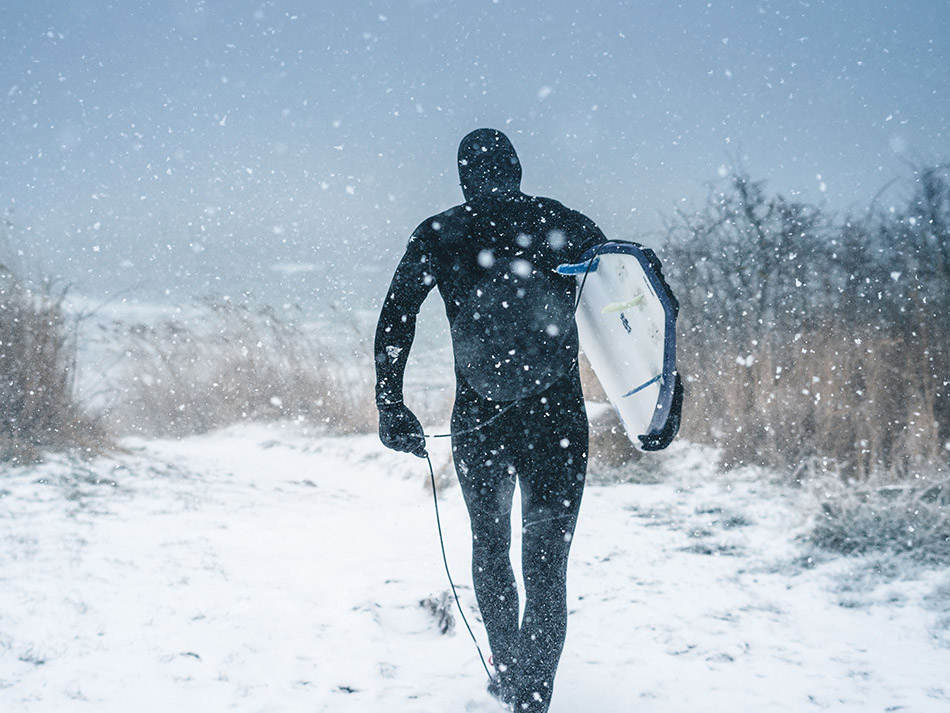 The northern hemisphere is braced for winter. Shorter days and frost-bitten nights are on the imminent horizon. It is a time that brings the best waves of the year to the often deserted beaches along every coastline in the north, and wide smiles to the surfers keen to ride them. Equally, it is a time that still holds ample opportunity to get out into the crisp air and glassy water on the paddle board.

However, tis also the season to be wary.

Let us talk about hypothermia; the signs, the treatments and the reasons we shouldn’t worry too much.

Hypothermia And The Body

The perfect balance for the human physiological system is known in scientific circles as homeostasis. A point where everything is just as it should be. A state of equilibrium where body temperature seeks to sit at a steady 37°. Although fluctuations in temperature are entirely normal, if body temperature rises or falls by a few degrees more, things can quickly become problematic.

Hypothermia is active when body temperature drops below 35°. Generally, such a drop in temperature is caused by prolonged exposure to the cold. The sort of thing surfers and paddlers frequently get involved in. Especially during the winter season.

Prolonged cold exposure is not the only catalyst to hypothermia, but in the context of surf and SUP it is the most likely cause.

The onset of hypothermia should not be underestimated. When it happens, it is a genuine medical emergency that requires hospital treatment as soon as possible. But by understanding the early signs, such a situation can be avoided.

Hypothermia is graded in stages that parallel drops in body temperature – as illustrated below.

Noticing the signs of hypothermia is vital. Action is required as the body has moved into a state where it is unable to generate the required heat itself. As well as recognising possible hypothermia in yourself, it is important to be able to spot it in others – especially if you are running workshops or giving lessons.

One effect of the onset of hypothermia is confusion. How confusion manifests may be immediately apparent, but could also be as small a detail as someone becoming quiet or distant. A person suffering from confusion will be less able to recognize their own hypothermic symptoms and as such it is good to be able to spot these changes and act on their behalf.

Initial shivering – a clear and instantly recognisable sign of cold - may actually stop as hypothermia progresses. Shivering is in fact a good sign that a person’s heat regulation systems are still active. Below is an image detailing telltale signs of hypothermia.

Acting quickly is vital in the treatment of hypothermia. There are measures a person can take to help someone in such a state and these are detailed in the image below. However, there are also certain actions that may seem logical that could potentially worsen the condition.

Both the above actions can cause the body to warm too quickly putting stress on vital organs. In addition, alcohol may seem like a drink to warm a person, but studies have shown that alcohol actually decreases core body temperature. So, no alcohol.

It all sounds incredibly scary, but it needn’t be. Hypothermia is a worst-case-scenario situation. Chances are that by paddling or surfing in the way you always have you will remain safe. Being sensible, not pushing physical limits and understanding when it’s time to remove yourself from the cold into the warmth is all a part of the daily routine for anyone venturing out onto the water or into it for a surf. We know our bodies and we understand our limits in cold water or the crisp open air.

However, a little knowledge in what signs to look out for in yourself and others can ultimately make a big difference between simply needing a warm drink and a warm up, to needing professional medical attention.

Do not let the elements cloud your sessions with worry. Enjoy the time you are out on your board, look out for one another, and always have fun! 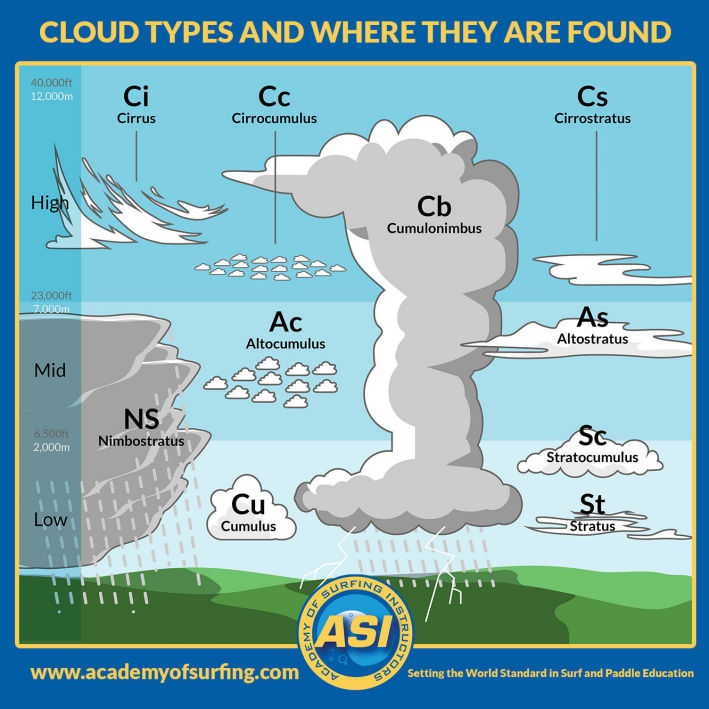 The clouds are a key to reading weather conditions.  If you know the clouds