The impact on COVID-19 has been globally extensive and as a world wide network of accredited surf and SUP schools and instructors, the ASI knows only too well how this can affect livelihoods and even the best laid plans.

Despite the difficult times there is always a silver lining if we look for it and it’s so important to stay positive and look forward to a brighter future. Amanda Brooks has done exactly that by using the restrictions as a time to develop her plans and ensure she’s ready to hit the water paddling when things ease up.

Amanda fell in love with SUP and decided that after retiring from 30 years of service in the RAF it was time to turn her passion into a meaningful profession. Amanda was keen to become qualified as a SUP instructor but found it tricky to pin down the time with her work taking her abroad (after originally planning to train in the UK) and ultimately found ASI trainer, Melinda Behumi in Doha who helped Amanda become qualified.

It doesn’t matter where you are in the world, the ASI is an international training network of world class trainers;  find your nearest school and make your passion your job, just like Amanda did!

In March of 2020 Amanda set up her SUP school, Pissouri Bay SUP, in Cyprus when COVID hit and her plans were forced to change. We asked Amanda what that was like and what positives have emerged since then:

“Last season was quite a surprise actually, I was really worried about starting my own business amidst C19 restrictions but actually I did really well and the majority of my customers were either local Cypriots or expats or military personnel.” She said.

Just like we’ve seen all around the world, nature is really benefiting from human lockdowns, not least in Cyprus.

“There were next to no tourists but that was a real boost for the marine environment in the Bay to be honest.” Said Amanda.

“I volunteered for the Military Watersports Centre (about 20 mins away from Pissouri Bay) delivering SUP Sessions and built up a client base there. When their families wanted a change from the ‘military beach’ they came down to me at Pissouri Bay.

“C19 has been hugely impactful here in Cyprus, the travel corridor to the UK has been shut down and I spent 10 days (Government funded) in complete isolation when I flew back from the UK on 8 Jan and again we’re currently in total lockdown.

“We are permitted to leave our homes twice a day, for specific reasons such as food, shopping, exercise, medical assistance etc, but we have to send an SMS to the Government with our reasons for leaving and if it’s approved we are authorised to be out for just 3 hours.

“The weather is pretty stormy right now, but I am managing to get out SUPing to get back to good pre-season fitness levels.

“It changes again on 1st Feb when we’re allowed to have one other person in our homes, and various other small changes but the real factor which affects everything is the infection rate as you probably know.  If it goes up, we’re locked down again.

“Despite all of that, This has made me look at advancements with the ASI and the SUP Fitness Instructor and SUP Yoga Instructor qualifications are things that I’d love to try and achieve.  I also now have the time to set up as an ASI accredited school ready for the coming season which will be awesome!”

Thank you so much Amanda for taking the time to update us on COVID life in Cyprus!

It sounds as though you are seeing more positives than negatives and using all that extra time to become more qualified and better prepared that ever for the sunny seasons to come!

About ASI
ASI is a professional membership and training organisation and international governing body for instructors, coaches and schools in the outdoor recreation industry for surfing, stand up paddle and bodyboarding. 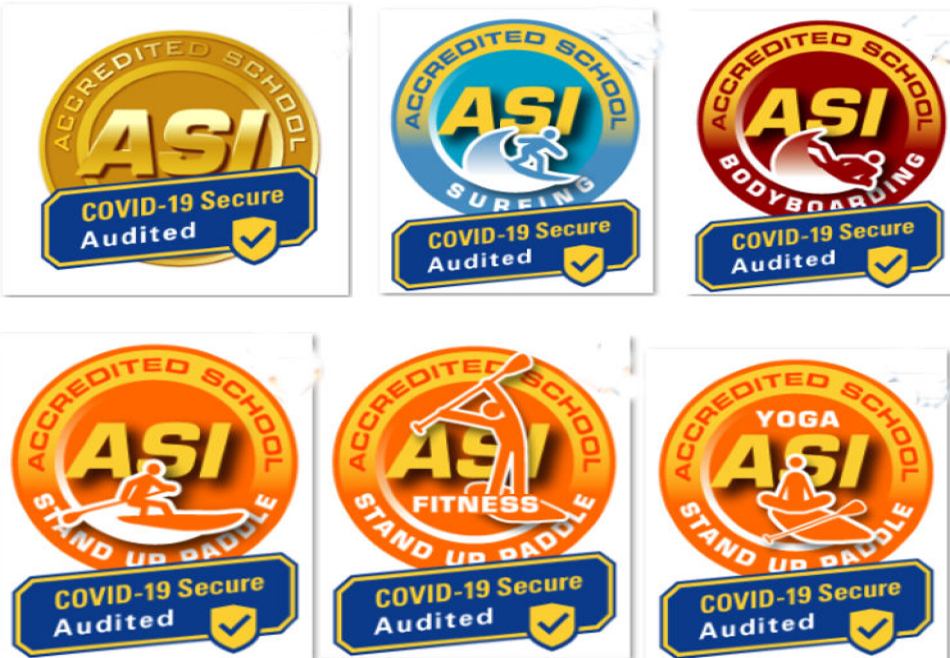