Tips for Seal Encounters and The Cornish Seal Sanctuary

Tips for Seal Encounters and The Cornish Seal Sanctuary 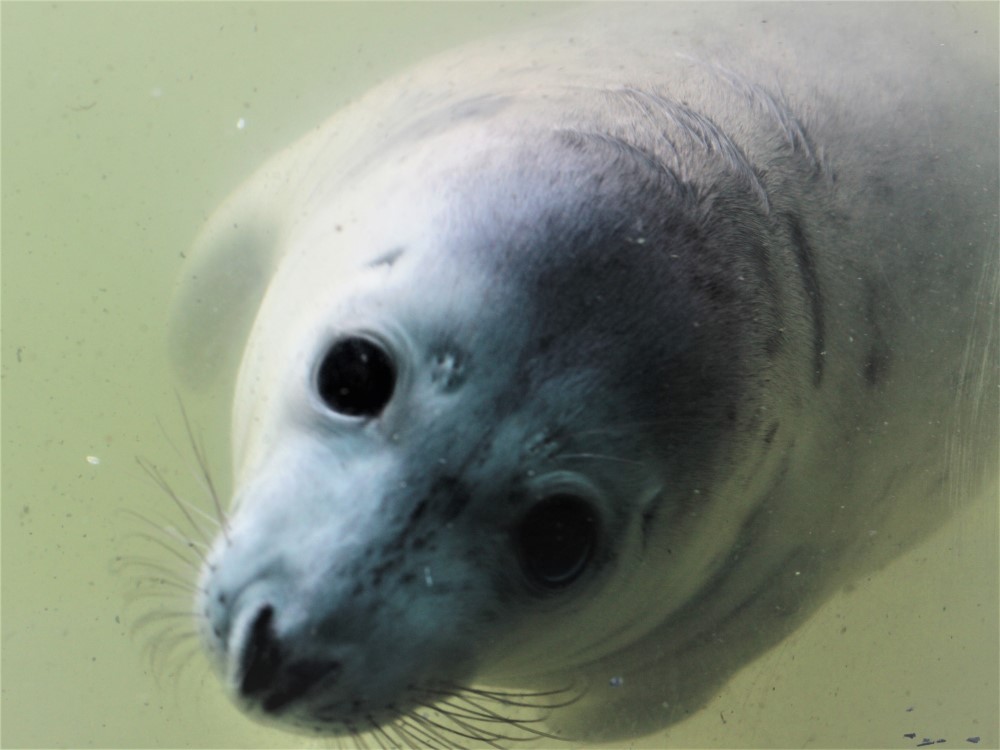 We recently wrote about the plight of seal pups in the UK, how they could often find themselves adrift, separated from their colonies and their families, unable to care for themselves and in serious danger of malnourishment.

The ray of hope for these little guys is the Cornish Seal Sanctuary and their tireless efforts to rescue, rehabilitate and release these pups once they’ve been identified.

In this post we talk to the sanctuary and find out a little more about the wonderful work they do, where you’re likely to spot a seal and what you should do if you happen to come across seals whilst you’re out paddling or surfing!

What kinds of seals do we have in the UK and where are we likely to see them?

Grey seals breed around the coasts of Cornwall, so it is predominantly Grey seal pups we rescue and rehabilitate here at the sanctuary.

There have been lots of instances of seals jumping on paddleboards recently, any advice for people coming across playful seals in terms of interactions, feeding etc?

For the lucky few who encounter seals approaching them in the wild, it is best in those situations to give the seal space, and allow them to decide how the interaction will go. If a seal jumps on your board with you, it is sometimes best to get off your board, and wait for the seal to move on.

It is important to remember they are wild animals, and you should never attempt to touch or feed them.

Why are the seals in need of help?

Seal pups can need urgent help when they have become separated from mum, and sadly they become malnourished as they cannot feed themselves yet. Stormy weather can also have an impact on pups, with turbulent waters causing injuries from rocks, or they become too exhausted. Bad weather can also result in a mother losing sight of her pup.

We unfortunately also see pups that have been injured due to plastic waste where they have become so tangled as they grow, it cuts into them causing deep and often infected wounds.

Bagshot was one of these seal pups, who unfortunately had netting tangled around her neck, flippers and belly and as she grew, the deeper the wounds became. She was rescued at 3 months old, the netting removed, and thankfully she made a full recovery going through rehabilitation here at the sanctuary. She was spotted as far north as Wales recently, now a fully grown adult thriving in the sea.

Can paddlers help identify a seal pup in crisis? What should they do?

Seal pups in need of our help will typically be found on the beach, as most will be too young to be swimming yet. If you spot a seal on the beach that is looking thinner than you might expect, having trouble breathing, any obvious wounds or entanglement, or has been left alone for more than 4 hours, it is best to give us a call and the teams can send a trained marine mammal medic out to assess the pup and see if it needs assistance.  Do not approach or attempt to remove any material that they may be caught in, the expert team members will be able to remove this safely and carefully.

It is normal for mothers to leave their pup on the beach for over 4 hours at a time while they feed, so do have a look for an adult seal in the water keeping watch. It might be that mum is watching her pup but is anxious to come on land while people are around.

If a seal pup has a white coat, they are still very young and have not yet shed their infant coat. It is crucial they are not touched or moved in any way, or placed in the sea, as at this age they rely on their mothers.

It’s very important not to approach the seal too closely, and advise others to keep their distance also, especially if they are walking dogs as this can frighten a pup and cause distress.

Older grey seals can sleep in the water, by ‘bottling’ (floating upright) or ‘logging’ (floating horizontally) at the surface with their nose in the air. If you spot a seal bobbing about, rest assured they are probably just having a snooze!

How has the pandemic affected the work that the Seal Sanctuary does?

Covid-19 has severely impacted the sanctuary, with losses of over £700,000 during the first national lockdown alone. We rely heavily on ticket sales, gift shop and café sales as well as our donation stations on-site, so having to close has had a huge impact.

Our fantastic care team have remained working throughout the pandemic, ensuring all our animals receive the care they need. We are in a busy pup season from September until March, seeing over 75 seal pups brought to the sanctuary to be rehabilitated. Each pup costs on average £2,000 to rehabilitate, not including special cases requiring specialist care or surgeries. With the losses we have suffered this year, our already limited resources must stretch even further and we need your help more than ever.

You can donate and support Cornish Seal Sanctuary on their donation page at:

What happens to a seal pup once it's been rescued by your team?

Once a pup has been brought to the sanctuary, they will be assessed by a vet, and given an ID number. They will be placed into their own Hospital Pen at our dedicated Seal Hospital, where their injuries and ailments will be treated Usually, a course of antibiotics will be given, and they will be put on a feeding schedule to help them put on weight as unfortunately a lot of the pups we see are malnourished.

Once they are feeling better, they are moved to a Nursery Pool, usually with another pup or several pups, to learn how to swim, dive for their food and socialise. When they have reached a certain weight, pups are then moved to the larger Rehabilitation Pool to learn how to compete for their food as they would in the wild. Once they are fully recovered, reach a healthy weight, and are feeding well for themselves, the team begin to plan their release.

Releases are planned very carefully and depend on the weather, tide, location and time of day to ensure the release is safe and as successful as possible. The pups are transported in the trailer, the end panel is lowered to the ground to allow the pups to come out and make their way back to the sea.

Pups are with us at the sanctuary for as long as they need, and no more. This can sometimes be several weeks, or even several months, depending on the severity of their injuries, and how much care they need in order to fully recover. As soon as the pups are well enough, assessed by our expert team, they are released back to the wild to continue their lives in their natural habitat.

Thanks to the Cornish Seal Sanctuary for taking the time to tell us more about our local wildlife and the work that they do to keep it safe.

You can donate and support Cornish Seal Sanctuary on their donation page at: 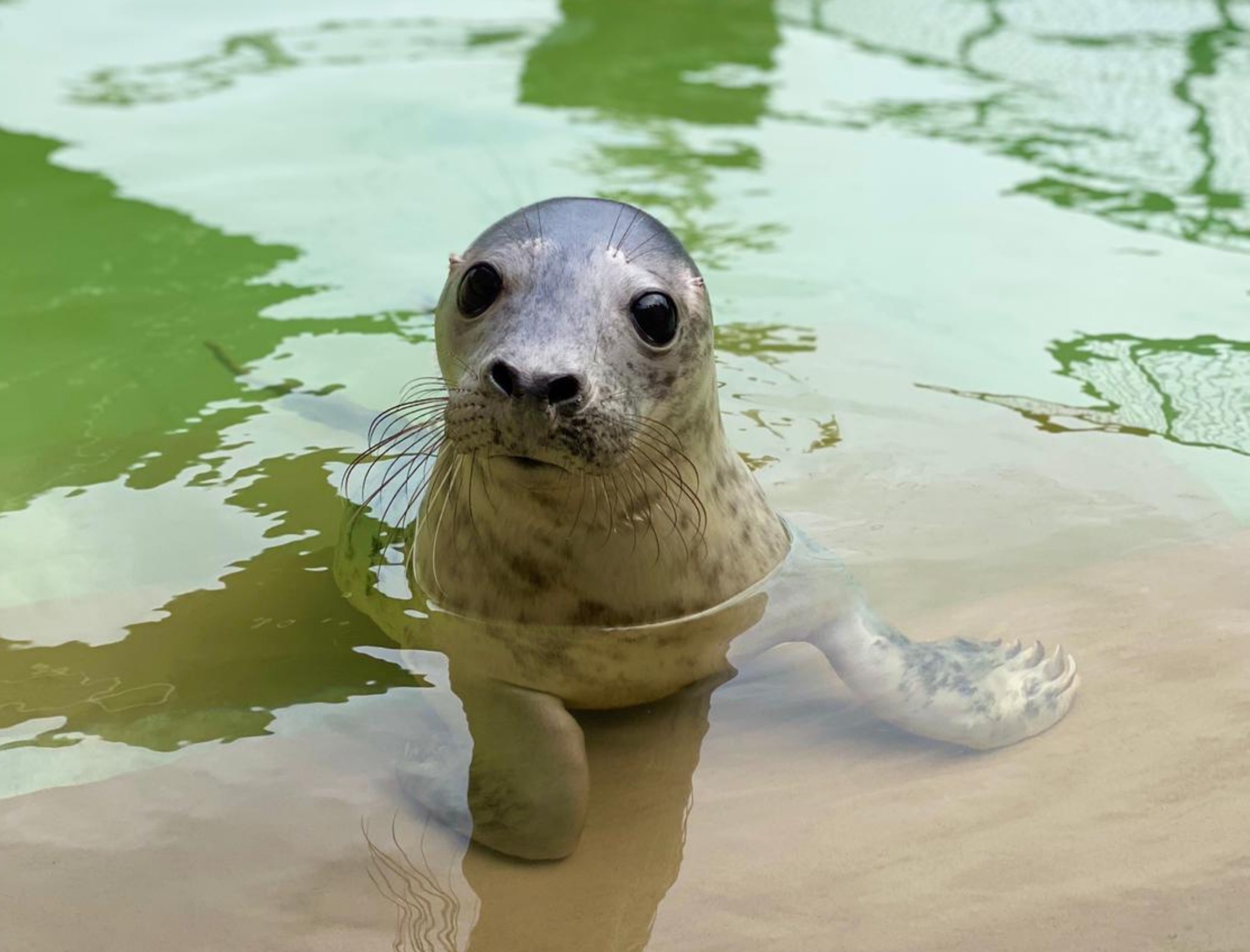