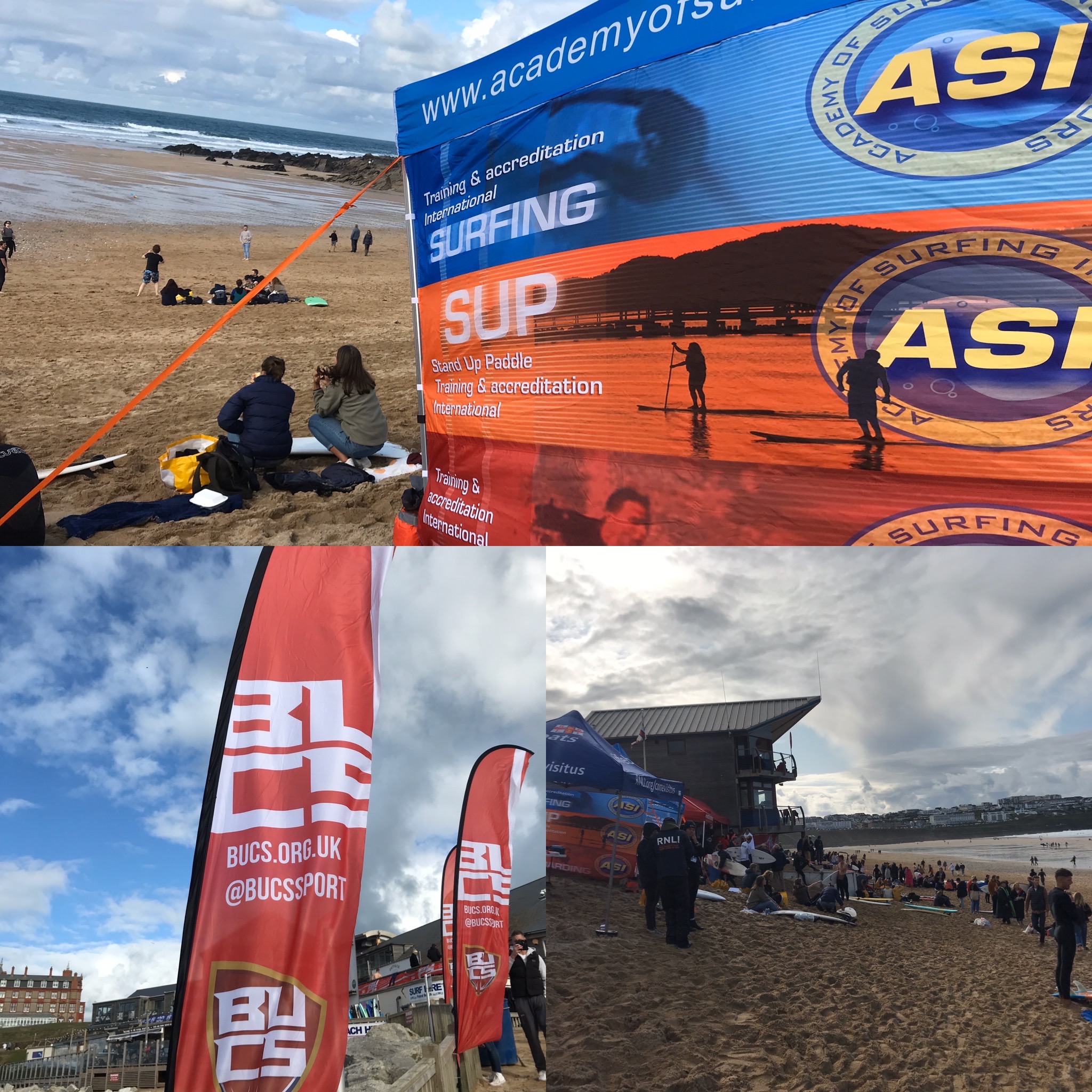 With a history spanning over a 100 years you might be forgiven in thinking what on earth is BUSC – in short, think of it as an Oxford and Cambridge rowing event but for all Universities in the UK across a variety of sports; competitors can go on to represent GB at World  University Summer and Winter Games. Developing from its purely competitive roots BUCS engages the largest number of students globally helping UK based students in becoming more physically active and importantly addressing the equally pressing agenda of mental health and wellbeing. Clearly with such worthy values combined with the infectious enthusiasm of all of the competitors it was a no brainer for ASI to support such an event, fielding questions from would be instructors on the beach throughout the event.

The event was not short of swell, Fistral is one of the UK’s premier surf locations for a reason, facing the full wrath of Atlantic swells, Friday’s surfing had to be rescheduled with raging surf that even the most capable would have struggled to make it out back. BUCS event organiser Amy Clayfield had a lot to squeeze in, running twin competition peaks throughout Saturday making for an extremely long day – asked if the compressed format would work for the future it was an equivocal No from Amy ‘its just too stressful…the judges are working crazy hard and the RNLI have been out on the water none stop patrolling both areas all day’. This aside Sunday made for a thrilling day of surfing from both Female and Male competitors – a testament to the progressive standard of surfing from the students was when one of the Male competitors completed an air reverse in his semi-final heat!

With action aplenty the finals were impressive to watch with Amy Dyer taking out the Women title followed by Manuel Oliveira the Men’s. Without doubt, this was a great event to be involved with sharing in the enthusiasm of the students and importantly highlighting the benefits of a world leading instructor training programme. Keep posted for action in 2020.